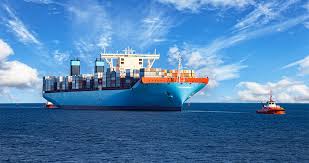 Around 90% of world trade is carried by the international shipping industry. Without shipping the import and export of goods on the scale necessary for the modern world would not be possible. Seaborne trade continues to expand, bringing benefits for consumers across the world through competitive freight costs. Thanks to the growing efficiency of shipping as a mode of transport and increased economic liberalization, the prospects for the industry’s further growth continue to be strong.

There are over 50,000 merchant ships trading internationally, transporting every kind of cargo. The world fleet is registered in over 150 nations and manned by over a million seafarers of virtually every nationality.

Because shipping is a service business, ship demand depends on several factors, including price, speed, reliability, and security. It starts from the volume of trade, how the commodity trades can be analyzed by dividing them into groups which share economic characteristics, such as energy, agricultural trades, metal industry trades, forest products trades and other industrial manufacturers. The shape of the psd function varies from one commodity to another. The key distinction is between ‘bulk cargo’, which enters the market in ship-size consignments, and ‘general cargo’, which consists of many small quantities of cargo grouped for shipment.

Bulk cargo is transported on a ‘one ship, one cargo’ basis, Generally using bulk vessels. Some shipping companies also run bulk shipping services geared to the transport of special cargoes such as forest products and cars. To meet marginal fluctuations in demand or for trades such as grain where the quantities and routes over which cargo will be transported are unpredictable, tonnage is drawn from the charter market.

General cargo, either loose or unitized, is transported by liner services which offer regular transport, accepting any cargo at a fixed tariff. Containerization transformed loose general cargo into a homogeneous commodity which could be handled in bulk.